WRC isn't the only global motorsport series that's returning to games after an extended hiatus, but on first looks it seems as that's where comparisons between Milestone's officially licensed off-road racer and F1 2010 end. Just as Codemasters' bought with it all the shine and beauty that's helped it earn a place at the head of the racing game table, so Milestone brings with it an often ham-fisted approach that's helped earn it a less stellar reputation.

First impressions of WRC fail to flatter. It's unashamedly ugly in a manner that reaches out to every corner of the game – menus are limp and functional, swiftly lowering the expectations of anyone who thought that the DiRT series had anything to worry about. Impressively, the in-game visuals manage to limbo underneath the low bar set by the front end, presenting a flat representation of the landscapes offered by WRC's global tour and it's only the car models that can lay claim to being anything beyond passable.


It doesn't help that, co-pilot aside (and despite the option to choose the nationality of your co-pilot it seems there are only two very bored, very English voices available) the sound and the fury of a WRC car at work is entirely absent, the real thing's whine and din that sounds like being strapped inside a steel coffin with an angry washing machine replaced with a pitifully thin rasp.

When it gets to the business of driving it initially fares little better. The Road to the WRC – the game's career mode – bravely places first time drivers behind the wheel of a top tier, specced-out Citroen C4, but it's likely to end in tears. Taming a WRC's power will be beyond most debutants' abilities and those all-important opening moments will probably be spent scraping the scenery and fast realising that the co-driver's limited vocabulary can become incredibly annoying when they're reduced to comically anguished yelps.

So much so that getting in one of the tamer P-WRC cars where the first few levels of the career are spent comes as something of a relief. They're slow and steady but form a much gentler introduction – and once you've worked your way through the first handful of events, unlocking sponsors, liveries and expanding your garage, WRC starts to work its charm.


Underneath its flat aesthetic there's a pure rally game that's as assured in its handling as the Colin McRae series was back in its heyday. It all becomes clear once you've worked up the courage to get back behind the wheel of a WRC car, and Milestone seems to have captured the perpetual ballet that's required to drive one of these beasts well.

Threading the cars through the narrow roads that make up WRC's 78 stages is a delicate balancing act that demands equal parts finesse and aggression. Cornering is a case of forcefully hurling the car before entry, throwing a shape and then catching and maintaining it with some feathered throttle control and light see-sawing on the wheel.

It is, once mastered, an immense pleasure that's apparent whether playing on pad or wheel – though obviously the latter's the best option and Milestone has nailed the loose steering that's evident in on-board footage of a master like Loeb at work. WRC's many locales ensure that it's varied too; there are profound differences between driving on ice, tarmac or gravel, and each surface demands its own techniques.

Mistakes are plentiful, exposing a damage system that's no match for Codemasters' benchmark examples. Even the heaviest of scrapes will do little more than bend and scratch the bodywork, but it does at least have a noticeable impact on the handling. Abuse the left front of the car too much and the steering will suffer accordingly, while brake pads and radiators are also subject to wear and tear. It can make some stages wars of attrition, and limited time in the service station in between can mean that some injuries have to be carried through to the rally's end.

With such a punishing handling model at WRC's heart the rewind feature that's become a staple across the genre at first feels sorely missed. Its absence, though, soon feels entirely fitting and only adds to the excitement of attacking a stage. There's often four minutes worth of road from start to finish and no easy get-out clause, making those lairy, tail-out moments when one wheel momentarily dips over the side of a gaping precipice all the more heart raising and the stages come alive as a result.


Sweden's ice-slicked roads demand attention throughout; Finland's wide open forests and suspension-shattering jumps feel like light relief; and Mexico's gravel-coated dust tracks dare you to stamp on the throttle only to slap the over-eager with drops down unguarded cliff faces. It's demanding but never unfair and for all the muted enthusiasm of the co-drivers they're at least reliable in handing out the directions.

Once it's revealed itself as an enjoyable ride its other options become more palatable. The Road to the WRC is admittedly a bland slog with little character, while the official championship is available fully licensed but without frills, but the online is surprisingly accomplished. Offering time attacks for up to 16 players, it's never hard to find a group of drivers of a similar skill set to duke it out with.
Closing Comments
It’s no Richard Burns Rally and nor does it hold a light to Codemasters’ DiRT games, but WRC is a surprisingly enjoyable take on the sport that gets the fundamentals right. It’s a shame that its often excellent and consistently exciting driving model is hidden under layers of turgid presentation and uninspired visuals, but those dedicated enough to see through it all will be as happy as pigs in mud
---------------------------------------------- 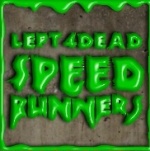